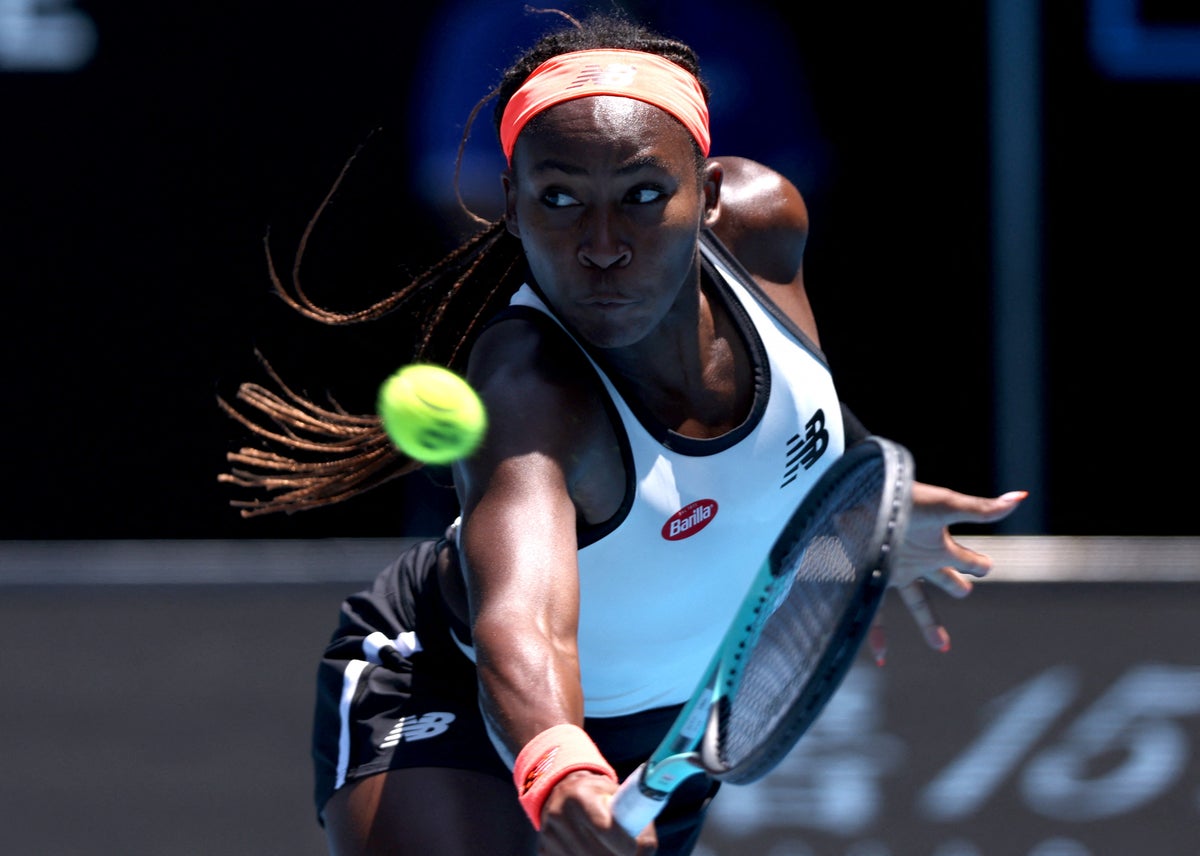 A frustrated Coco Gauff broke down in tears after her 7-5 6-3 loss to Jelena Ostapenko at the Australian Open on Sunday, 18-year-old Coco Gauff said she couldn’t come up with an answer to the Latvian’s game.

Gauff came into the tournament after enjoying an impressive 2022, where she reached the final of the French Open, but it was former Roland Garros champion Ostapenko who dominated the contest to set up a quarter-final meeting with Wimbledon champion Elena Rybakina. Make.

“I think every loss is somewhat under my control because I think I’m a good player, but today she played better,” Gauff, who knocked out Emma Raducanu in the second round, told reporters.

“There were moments in the match where I was getting frustrated because I can usually solve problems but today I feel I didn’t have much of an answer to what she was going through.

“There were balls that I was hitting deep and she was hitting them on the line and deep hitting them back, like, over and over again. It’s one of those days that didn’t go my way and went his way.

No. 7 seed Gauff broke down in tears when asked about her disappointment.

Gauff said, “I think it’s because I’ve worked really hard and I feel really good coming into the tournament and I still feel good.” “I still think I’ve improved a lot. But when you play with a player like her and she plays really well, it feels like there’s nothing you can do.

“So it’s a little disappointing on that part.”

It all seemed so easy for Iga Swiatek last season – two Grand Slam trophies, eight titles overall, a 37-match winning streak, a lengthy stay at No. 1 in the rankings.

Those accomplishments made everyone expect continued greatness from Swiatek, which she can do nothing about. She also changed the way she approaches the big moments, and a 6-4, 6-4 loss to Wimbledon champion Elena Rybakina in the fourth round of the Australian Open on Sunday left Swiatek wondering whether she needs to trust her approach. needed.

“I felt like I took a step back in terms of how I approach these tournaments, and I probably wanted it a little bit harder. So I’m going to try to relax a little bit more,” Swiatek said. Told. “I felt the pressure, and I thought ‘I don’t want to lose’ rather than ‘I want to win’.”

Therefore, there will be no match between Swiatek and No. 7 seed Coco Gauff in the quarterfinals at Melbourne Park. Instead, it will take Rybkina up against 2017 French Open champion Jelena Ostapenko, a 7-5, 6-3 winner against Gauff, with a semifinal spot at stake.

Ostapenko said, “I put her under a lot of pressure.”

Add Swiatek’s loss to Week 1 exits by Ons Jabeur, Rafael Nadal and Casper Ruud, and this Australian Open marks the first Grand Slam tournament in the Open era – which began in 1968 – to feature the top two women’s seeds and the top The two men’s seeds all moved past the quarterfinals.

In other women’s action on Sunday, No. 3 Jessica Pegula beat 2021 French Open champion Barbora Krejcikova 7-5, 6-2 to reach the quarterfinals in Australia for the third year in a row and await the winner of the night’s match between the two did. Two-time Australian Open champion Victoria Azarenka and unseeded Zhu Lin.

Additional reporting by AP and Reuters.