Sunak comes under fire after being given a second police fine 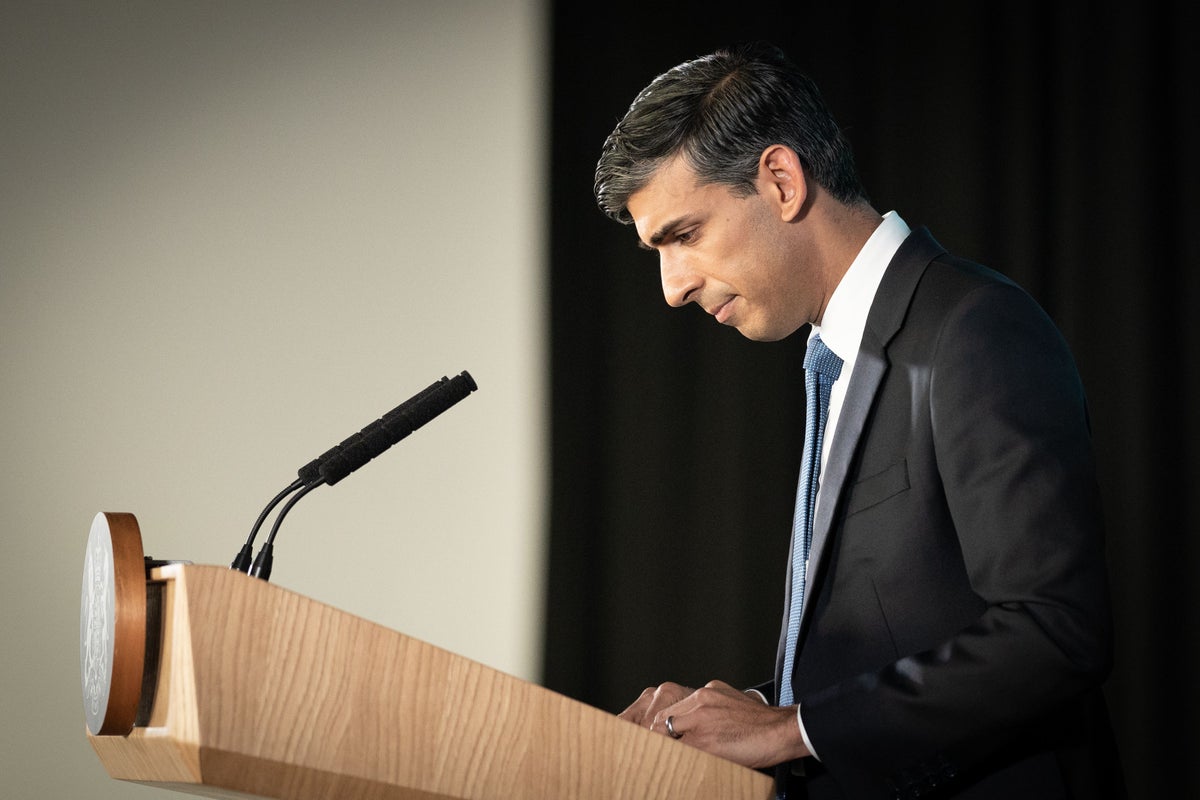 Ishii Sunak came under fire after being fined for the second time, as the police issued the Prime Minister a fixed penalty for not wearing a seatbelt in a moving car.

Downing Street said Mr Sunak has “fully accepted that this was a mistake and has apologised” and that he would “of course” pay the fine.

Mr Sunak came to office promising “integrity”, but critics accused him of showing “the same disregard for the rules” as his predecessor Boris Johnson in 10.

After Mr Johnson was fined during the Partygate scandal, he has become only the second prime minister in history to be fined by the police while in office.

Mr Sunak has also received a second fixed penalty notice, after he was paid as chancellor to attend a lockdown-busting gathering to mark the birthday of then prime minister Mr Johnson.

Lancashire Constabulary announced on Friday that they were fining the prime minister after he was seen not wearing a seatbelt in an Instagram video filmed to promote leveling-up funding during a visit to Lancashire the day before.

The force did not say how much the fine was, but fixed penalty notices for seatbelt breaches are usually £100, rising to £500 if taken to court.

Lancashire Police said: “You may be aware that a video is circulating on social media in Lancashire which shows a man failing to put on a seat belt while a passenger in a moving car in Lancashire.

“After looking into this matter, we have today released a 42-year-old man from London with a conditional offer of a fixed penalty.”

A fixed penalty notice is a sanction for breaking the law, which allows the recipient to pay a fixed amount to avoid going to court.

A Labor Party spokesman said: “The hapless Rishi Sunak’s level photo op has blown his face and made him a laughing stock.

“He started the week expecting people to be grateful for a partial refund on the money the Tories had taken away from them over 13 years. But instead he got a war cry and another fine from the police.

Daisy Cooper, deputy leader of the Liberal Democrats, said: “Rishi Sunak has shown a Boris Johnson-like disregard for the rules, and has now become the second prime minister to be fined by the police.

“From Partygate to Seatbelt Gate, these Conservative politicians are just making fools of the British people.

“While they continue to behave as though it’s one rule for them and another for everyone else, this fine is a reminder that conservatives eventually get their help.”

It’s been a tough week for Mr Sunak, who has been criticized for using a jet for a series of domestic visits and faced allegations that the allocation of leveling-up funding was rigged to garner support in southern Tory seats. Inspired by the efforts of

He is also facing calls to sack Nadim Zahawi as Tory party chairman after reports he paid fines to HMRC as part of a multi-pound tax settlement.

In his first speech outside Downing Street, Mr Sunak pledged “integrity, professionalism and accountability at every level” after Mr Johnson was ousted following a string of scandals.

But Number 10’s latest resident has been plagued with its own set of controversies from day one, from criticism for reinstating Suella Braverman as home secretary six days after she was handed an ongoing bullying investigation over a security breach was forced to. Deputy Prime Minister Dominic Raab.