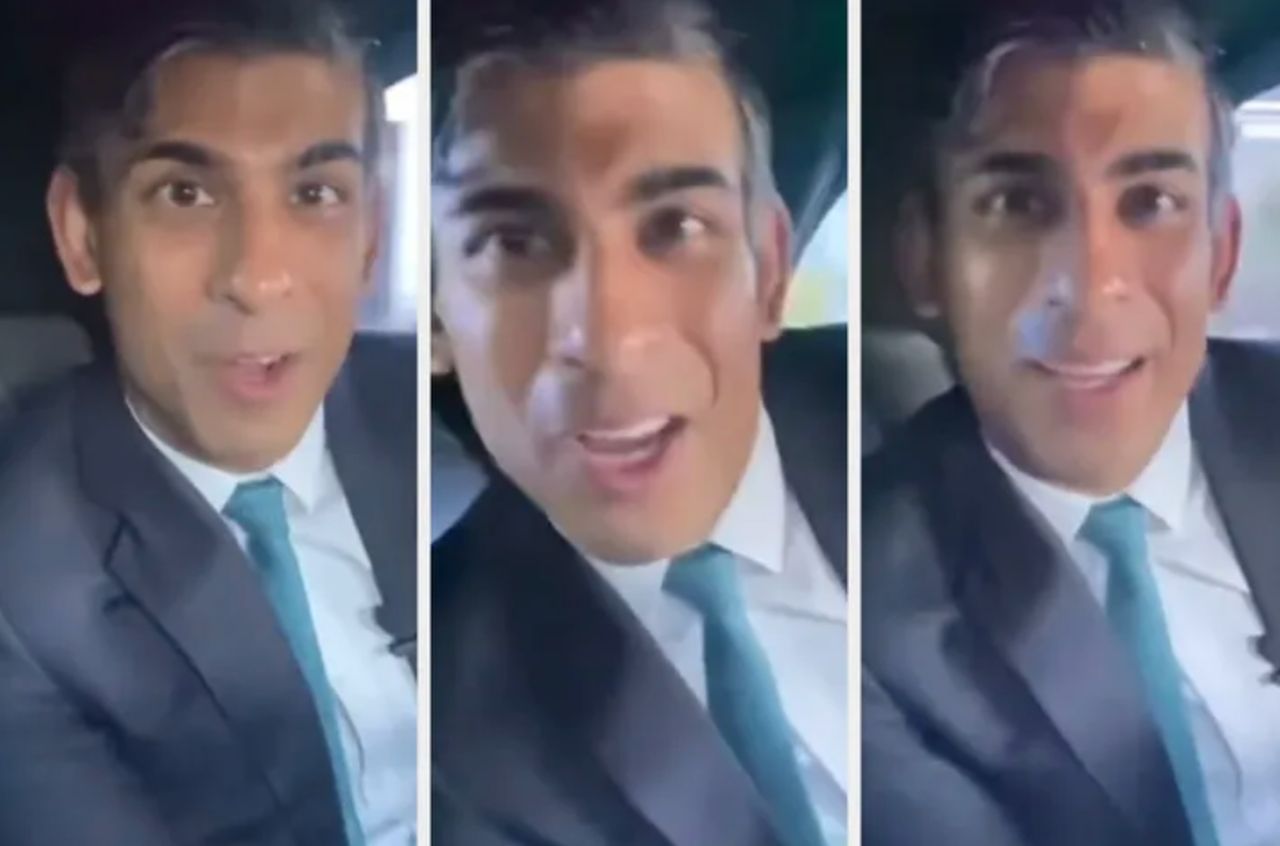 Not going to please some people.

In the first few weeks after Rishi Sunak became prime minister, the main criticism was that he was invisible.

The former chancellor is said to be more than happy to focus on spreadsheets and data in a Downing Street bunker and explain to voters what he wanted to do now that he was the PM.

As the Conservatives trail Labor in the polls, Number 10 decides the PM needs to get on the front foot, be more visible and make the case for why his party deserves another chance at the next election needed.

Two weeks ago a major speech was made in which five promises were made, on which Sunak said his government should be judged.

This was followed by a “broadcast to the nation” – actually a glorified party political broadcast for the Conservative Party – designed to make voters see the real fad.

Subsequent judgments by ordinary people show that the more they see Sunak, the less they like him.

A YouGov poll last week showed Labour’s lead had actually increased to 22 points, while – even more worryingly for No 10 – Sunak’s own personal ratings have continued to fall, meaning he is now a third of Boris Johnson. less popular than when he left office.

It’s safe to say that the past week may have done nothing to change his mind.

‘Are you ignoring democracy?’

The most memorable moment of Sunak’s visit to Scotland last week was a painful video, which went viral for the wrong reasons from the PM’s point of view.

In an interview with STV, he was asked whether he would accept the result, as SNP leader Nicola Sturgeon wants, to treat the next general election as a “genuine referendum” on Scottish independence.

As Sunak tried to dodge the question, he was repeatedly interrupted by journalist Colin McKay, who finally asked if he was “disregarding democracy”.

He may have been prime minister for less than three months, but Sunak has already established a strong reputation for yielding to pressure from his MPs.

The latest climbdown came on Tuesday, when he agreed to toughen up the online safety bill after dozens of his backbenchers demanded that social media owners face prison if they allow children to view harmful content on their sites. .

They may have a majority of around 70 seats on paper, but as one former cabinet minister told HuffPost UK: “If more than 25 Tory MPs are against something, it’s not going to happen.”

Sunak has also found no respite in the government’s ongoing battle with the unions.

The National Education Union announced on Monday that its members have voted to strike, raising the prospect of thousands of schools across England closing their doors.

This followed the Royal College of Nursing announcing further strike dates next month, while ambulance crews will also stage a series of further walkouts in the coming weeks.

The big day, however, will be February 1, when nearly half a million teachers, civil servants and railway workers will stage a walkout, bringing widespread disruption across the country.

Sunak should be hoping that public opinion will turn against the unions, but so far there is little evidence of that happening.

Thursday was supposed to be a big day for Rishi Sunak, but it started badly and ended in disaster.

The Prime Minister’s decision to take an RAF jet to Blackpool backfired spectacularly in a series of events that exposed £2.1 billion worth of cash being handed over to projects across the country.

Just a week after it was criticized for using the same mode of transport to travel from London to Leeds, it was an unnecessary PR own target that Labor gleefully pounced on.

A spokesperson said, “It’s absurd to jet across the country on taxpayer money like the rest of us instead of catching a train like an A-list celeb.”

Sunak was also forced to defend a decision to give £19 million to his wealthy constituency, while rejecting bids from disadvantaged areas.

His critics were not only on the opposition benches, but, with the Conservative mayor of the West Midlands, Andy Street, criticizing the “begging bowl culture” created by the bidding process, and several Tory MPs also making their displeasure clear in their constituencies. Were staying Shortage of spare cash.

Another key part of Sunak’s new No. 10 strategy to meet the public – a series of “PM Connect” events across the country – began in Morecambe, but this also proved controversial when she described her own MPs as “idiots”. appeared to say. immediate tax deduction.

If all that wasn’t bad enough, worse was yet to come.

It must have seemed like a good idea at the time for the PM to have a piece for the cameras on the back of his chauffeur-driven car.

Unfortunately, no one thought to tell her that it would be wise to make sure she was wearing a seatbelt before sharing it online.

Despite a tearful apology for his “error of judgement”, Lancashire Police confirmed last night that they are handing Sunak a fixed penalty notice – his second in less than 12 months, also last year for breaking lockdown rules was fined for.

Schadenfreude from Boris Johnson-supporting MPs – who will never forgive Sunak for the role he played in their man’s downfall – will be enormous.

But despite his hardships, and ongoing speculation about Johnson’s return, Sunak still has the support of a majority of his MPs – at least for now.

A senior backbencher told HuffPost UK: “Rishi’s performance at the PMQs has been good and effective. They have also succeeded in getting more people on our side of the strikes than perhaps anyone expected.

“We are all waiting for the May election results to see whether Rishi is resonating positively at the door.

“I don’t think the public has made up its mind about Sage yet, whatever the polls may say.”

However, one thing is certain: The prime minister cannot afford many more weeks like last week.