Has the UK economy ‘turned a corner’? 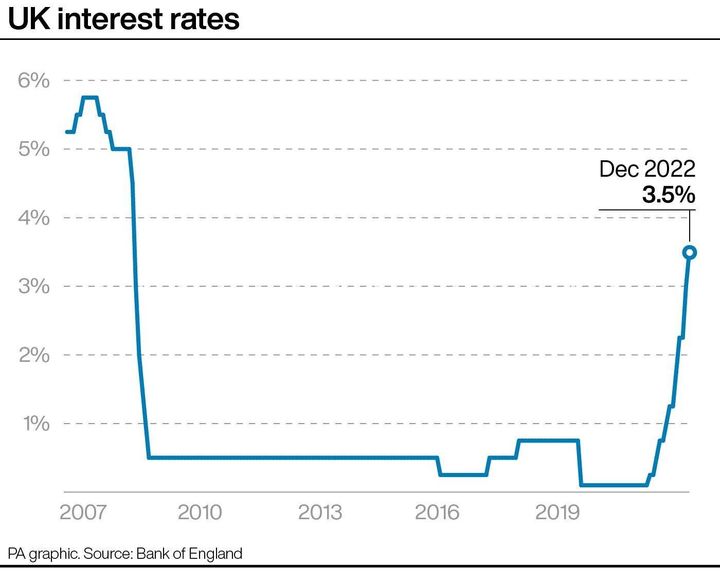 After months and years of economic uncertainty – from the pandemic to the war in Ukraine and Liz Truss’ pound crashing – is there light at the end of the tunnel?

There are too many variables to make a definitive statement, but that didn’t stop the front page of the Daily Mail on Friday trumpeting: ‘Britain has turned a corner… so now cut taxes!’.

Here’s what lies behind the bout of optimism – whether it’s misplaced or not – that the cost of living crisis has passed.

Comments from Bank of England governor Andrew Bailey drew upbeat headlines. On Thursday, he said inflation – which stands at 10.5% – was likely to fall “quite sharply” starting in late spring, as he indicated “a corner has been turned”.

Inflation was rising as a result of the easing of the pandemic. This meant that the cost of goods and services became more expensive due to a number of factors – such as a shortage of workers who previously were unwilling to work in them, and increased demand from consumers.

While this was only expected to be temporary, Russia invaded Ukraine last February. This increased energy prices given the world’s dependence on oil and gas from the region.

The reason Bailey is happy now? Lower energy prices, which he says “isn’t really feeding off yet… but it will”.

“What this means is that there is now more optimism that we’re going to go through an easier path there (on inflation) next year,” he said.

Why is the energy crisis looming?

Wholesale natural gas prices soared tenfold during the first six months of the war in Ukraine, which fed through painfully high energy bills for homes and businesses. But it has fallen more than 60% from its August peak, meaning more manageable bills should be gradually being filled.

The decline is the result of a mild winter in Europe, reducing demand for heating oil and natural gas, better storage and countries finding alternative suppliers to Russia.

This relaxation is yet to reach the households, but due to fall in oil prices, petrol prices have come down. According to the Office for National Statistics (ONS), average petrol and diesel prices are now back to levels seen in February last year, at 155.3 and 179.1 pence a liter respectively in December.

So has inflation really peaked?

Inflation declined for the second month in a row in December, offering more evidence that the crisis has peaked.

But households and businesses still face eye-watering prices, with food price inflation hitting a 45-year high of 16.8% in December.

However, there is a vision of a better time. Bailey said the bank expects inflation to drop to 5.2% by the end of 2023.

How about interest rates?

Raising and lowering interest rates is a blunt instrument used by central banks to control economies.

An increase in the “base” rate increases the cost of borrowing, making both loans and investments more expensive. Its purpose is to brake the economy and curb inflation.

Bringing down rates is an attempt to have the opposite effect – stimulating growth by making borrowing cheaper and in turn encouraging investment.

Last month, the Bank of England decided to raise interest rates for the ninth time in a row, bringing its base rate to 3.5%, making it the highest level since the 2008 financial crisis.

Some believe the Bank may be nearing the end of rate hikes, with inflation low and the UK expected to remain in recession this year – meaning that cutting rates is a more appropriate move. Will happen.

Bailey told Central on Thursday Edge did not target a peak for interest rates, but noted that markets were now expecting a higher rate hike to about 4.5% – which is lower than what could have been.

Prior to the November rate decision, the market expected rates to rise to 6% – partly reflecting ongoing turmoil from Truss’s brief tenure as prime minister.

If Inflation Falls, Will We Avoid a Recession?

It is complex and reflects the balancing act of the bank. Bailey’s job is to keep inflation at 2%. But taking the heat out of the economy by raising rates is pushing the country towards recession. Job losses can often result from policy.

A technological recession is defined by two consecutive quarters of falling economic output—as measured by gross domestic product (GDP), which attempts to summarize all the activities of companies, governments, and individuals in an economy into a single figure. Is.

Some argue that the term “recession” is an unreliable indicator because people may suffer all of the effects of an economic downturn, such as long-term unemployment, but the data may not officially say as much.

The UK economy is set to contract by 0.3% in the third quarter of 2022 and will therefore enter a technical recession if a further decline is recorded in the final quarter of the year.

GDP actually rose an unexpected 0.1% in November, aided by – among other things – a strong performance by pubs and bars amid a boost from the Winter World Cup in Qatar. This represents a deceleration in growth even after GDP grew by 0.5% in October.

Economists have suggested the latest data make it less clear whether Britain may have entered recession late last year. 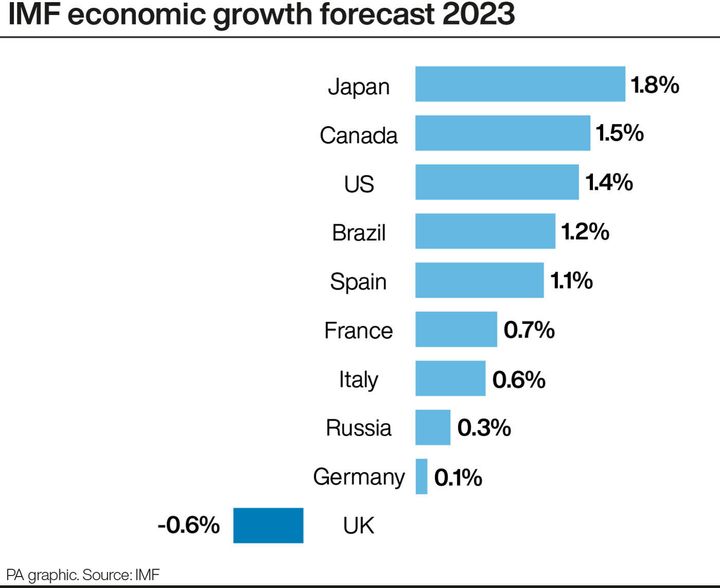 Why is the UK economy doing so poorly compared to its competitors?