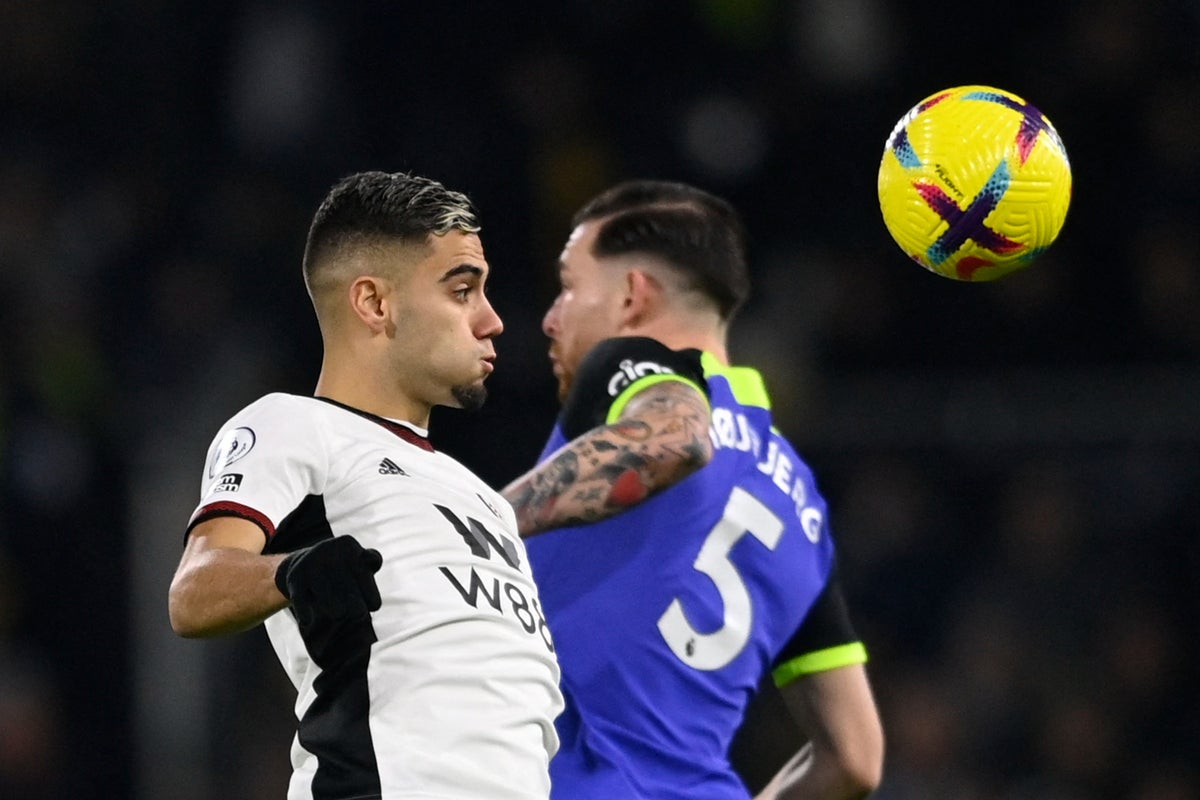 Tottenham are in dire need of a positive result as they travel to Craven Cottage to face Fulham tonight. A harrowing reply to the north London derby against Manchester City was followed by a second-half collapse, and left Spurs six points behind the top four.

Reports in Italy suggest Antonio Conte will leave the club at the end of the season, but the Tottenham boss has more immediate issues to address. Hugo Lloris and Heung-Min Son are both in dreadful form but hold their places in the starting XI with Richardson once again making a place on the bench.

With Marco Silva’s side having finished seventh and enjoying an impressive return to the Premier League, Fulham will fancy their chances of heaping misery on the visitors. Their narrow defeat to Newcastle last time around was the first time they had lost since the World Cup. Follow all the action with Standard Sport’s live blog below, including expert analysis from Dan Kilpatrick on the ground.

20 minutes: D’Cordova-Reid lays it back to Pereira, in space on the right.

He whips the ball, Reid from ten yards out and volleys it straight at Lloris. Elsewhere else he was a target.

Really positive start, with Fulham the better chance so far.

18 minDyer sees the ball as it is out of play, touches the ball and then throws himself to the ground, demanding a free-kick.

Slight contact with Mitrovic, but not enough for the officials. Corner Fulham, nothing comes of it. Kulusevsky left before completing his work.

After the son briefly thinks he is at the counter, Leno is off to clear his line.

16 minutes: Palhinha completely launched himself in Hojbjerg, the crazy challenge. Missed the ball by about ten seconds.

Advantage played early on but the referee won’t forget it – yellow card for the Fulham midfielder.

14 minutes: Kane wins the first corner of the night for his team. Have to take Perisic.

Swinging in deep, Hojbjerg volleys it back into the six-yard box and Davies turns it over the bar. hard chance

12 minutes: Hojbjerg whistles once, twice… Fulham finally get the free-kick they were seeking.

He actually goes for goal, straight at Lloris on the bounce.

9 minutes: With Ream and Diop getting plenty of time on the ball, Tottenham are sitting back and letting the centre-backs do it.

In comes Mitrovic, tries to slide in to Reed but his first touch is a bit heavy and Spurs can hack him away.

It’s been a turbulent week for the club but the Tottenham fans are in tremendous voice and creating atmosphere.

It only took three minutes for chants of “Daniel Levy, get out of our club” after Antonio Conte backed out.

5 minutes: Tottenham fans spend almost the entire opening five minutes chanting about Levy. Not even in a positive way. His views are very clear.

D’Cordova-Reid on the pitch sends in a fine header from Romero.

2 minutes: Good start from Fulham, Reid smashes a cross into the box. Lloris claims it with Willian behind.

Robinson then went on a run on the opposite wing, got to the byline and was cleared by Dyer with his cut back.

Now we are up and running at Craven Cottage.