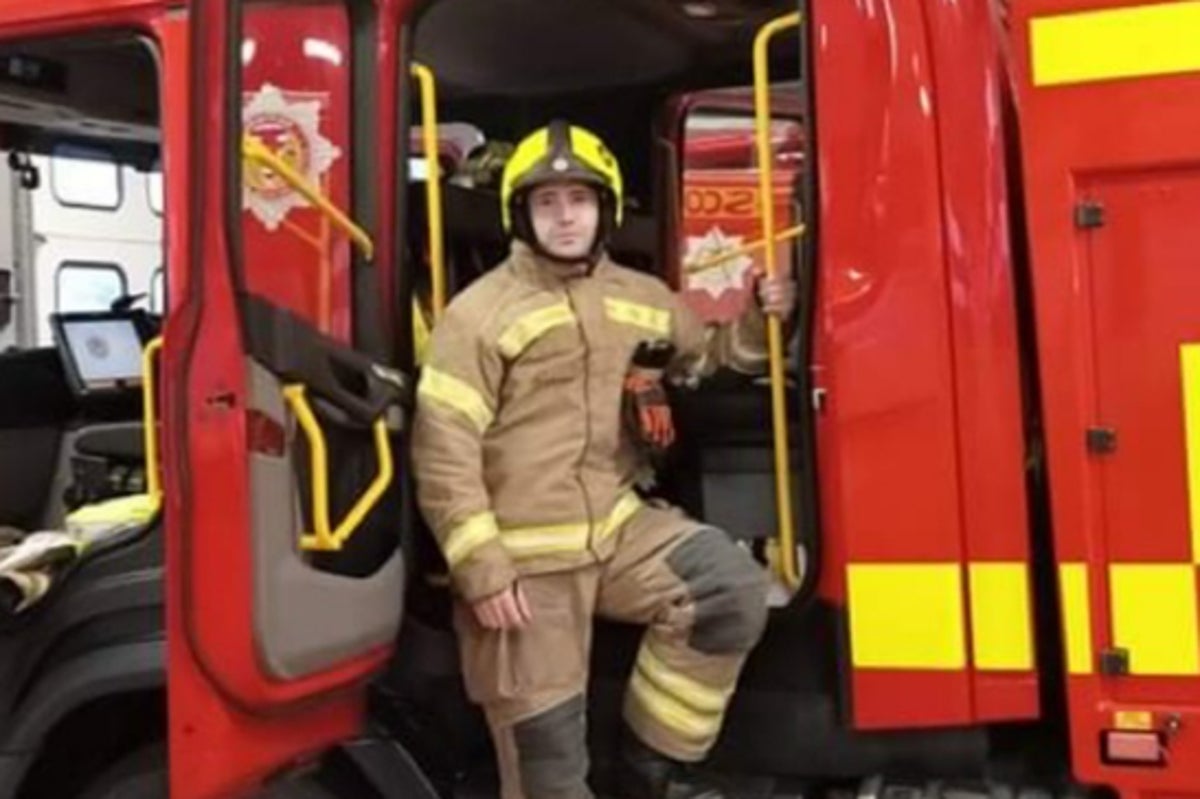 The fireman who was seriously injured at the blaze at the historic Jenners building in Edinburgh has been named.

The Scottish Fire and Rescue Service said 38-year-old Barry Martin was seriously injured and is in a serious condition at the Edinburgh Royal Infirmary.

He was one of five firefighters taken to hospital after a fire broke out at the former department store on Monday morning.

Two were treated for burns and two for smoke inhalation and have since been discharged.

A police officer was taken to the same hospital for treatment for smoke inhalation and was later discharged.

At its height, 22 fire appliances were dispatched to the scene on Rose Street, with more than 100 firefighters battling the blaze, which was reported at around 11.30am.

Witnesses saw a soot-covered firefighter being helped from the building by colleagues.

A fire apparatus remains on site to assist in monitoring the building for potential hotspots.

Ross Haggert, interim chief officer of the fire service, said: “This was undoubtedly a serious and complex fire.

“Our thoughts are with Barry and his family and, indeed, with all of our colleagues who were injured in response to this incident.

“Barry is a firefighter based in Edinburgh and we ask that everyone respects his family’s privacy at this time.

“We continue to provide all possible support to our associates and their families as well as all employees.

“We are liaising with appropriate partners to ensure a full and thorough investigation of this incident.”

He thanked carers for Mr Martin and other casualties and “praised our dedicated crews and staff for their professionalism in responding to this challenging incident”.

Speaking to the BBC on Tuesday, Cami Day, leader of Edinburgh City Council, said: “The Scottish Fire and Rescue Service, with a survey team, were looking into it overnight so we don’t know the cause yet Is.

“Apparently there’s construction going on at the old Jenners building, so we’ll find out in the coming days.”

Mr Day said: “I’m sure I can say this on behalf of the whole city that our thoughts are with the firefighters who risked their lives to save the building and people around the city, so our Thoughts are with their families today.” ,

The council will assess the structural integrity of the building, Mr Day said, adding: “It is a question we do not yet have an answer to.”

Asked whether the building, which has stood in Princes Street since the 19th century, would survive, Mr. Day wasn’t sure.

Police Scotland said an investigation into the cause of the fire was ongoing.

Scotland’s Minister for Community Safety Elena Witham paid tribute to the firefighters who brought the blaze under control, saying: “Their sheer bravery and professionalism must be commended.

“Scotland’s communities are fortunate to have our valued firefighters, who are prepared to risk their personal safety to save others. We will continue to monitor the situation closely.”